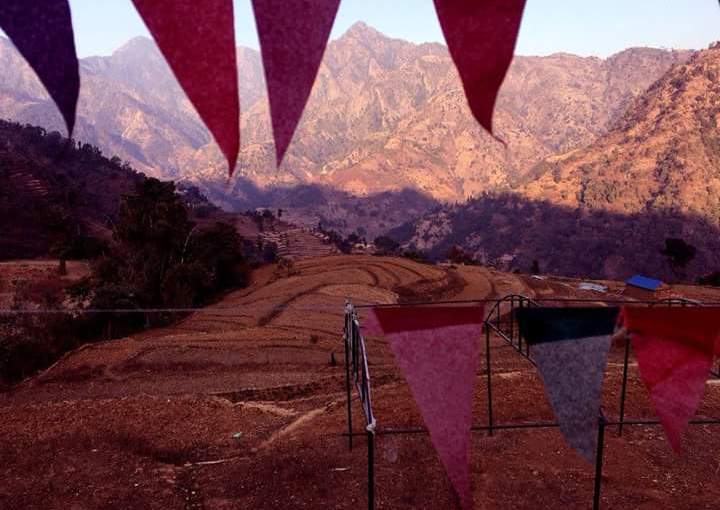 “Nepal is endowed with all necessary resources for prosperity from vast natural and cultural heritage to social and biodiversity, dynamic and self-reliant people,” these are the words of Prime Minister KP Sharma Oli, and Mr. Prime Minister is totally right. On the occasion of Nepalese new year on April 14, 2018, the PM addressed the nation to outline the “unprecedented momentum to economic development” that government has planned. And here comes the undeniable question of mainstreaming biodiversity into economic and development activities. Is Nepal prepared to mainstream biodiversity into this new national momentum?

To sustain any economic development, we need to consider biodiversity as a part of the diversity of resilience in the society, rather than looking at biodiversity as a merely exploitable resource. As pointed out by Co-chair of Intergovernmental Science-Policy Platform on Biodiversity and Ecosystem Services (IPBES), Dr. Madhav Karki from Nepal during the recent publication of latest regional assessment reports in Medellín, Colombia, at the 6th session of its Plenary, biodiversity has an unfortunate relationship with unsustainable economic development.
Dr. Karki pointed out, “Biodiversity and ecosystem services contributed to the rapid average annual economic growth of 7.6% from 1990 to 2010 in the Asia-Pacific region, benefitting its more than 4.5 billion people. This growth, in turn, has had varying impacts on biodiversity and ecosystem services. The region’s biodiversity faces unprecedented threats, from extreme weather events and sea level rise, to invasive alien species, agricultural intensification and increasing waste and pollution.” The assessment reports up to 45% anticipated loss of habitats and species in the Asia Pacific region by 2050 if business continues as usual. But there is hope also, the assessment reports 22.9% and 5.8% respective increase in forest cover in North-East Asia and South Asia from 1990 to 2015.

And, Nepal can claim it’s part in raising the hope for conservation which is related to forest coverage.

In Nepal, most of the habitats are provided by terrestrial forest and Himalayan range located between 60 to 8848 meters above sea level. Being a landlocked country, local communities heavily rely on forest resources. As a young conservationist based in Nepal, it’s a good thing to report that Nepal still has a national forest cover of 44.7%. It was 39.6% in 1998. Generally, we can consider it as a good indicator for biodiversity, and to my view, it has a lot to do with how local communities treat the forests. Over 1.7 million hectares (about 26 percent) of forests have been managed as community forests in the country. Nepal is a party to Convention on Biological Diversity (CBD) and other international conventions related to conservation and management of biodiversity and natural resources. As a state, we are committed to protect biodiversity and enhance environmental protection.

At the same time, direct and indirect anthropogenic impacts on natural systems are intensifying; effects of climate change is putting the habitats under pressure. But the state is not fully prepared to mainstream biodiversity into the national political process, and help the social mainstreaming of biodiversity. In Nepal, we have been practicing community-based conservations tools in conserving biodiversity for more than two decades, and the state has institutionalized many practices. To include local communities in the natural resource management, there are very strong rules and regulations in place. Successive governments have been strengthening relevant legal structures by formulating different instruments such as Community Forest Directives 1995, Scientific Management of Forest Guideline 2014, Buffer Zone Management to enable local communities stewardship of biodiversity. The main instruments in the forest management regime, namely Nepal Forest Act 1993, and Forest Regulations 1995 also accommodate many provisions for participation by local communities.

Overall these regulations have helped to strengthen community-based biodiversity and sustainable forest management and the rights and responsibilities of participating communities. But still facilitating the implementation of these policies are not considered as a priority by the state and we see the reflection of that in the national budget. Not only poor allocation of the budget is a hindrance, but lack of prioritization also been reflected in the activities of different line agencies of the government who oftentimes fail to coordinate among themselves.

As we see it, in Nepal, major challenges to mainstream biodiversity into the state are political instability, uninformed policies and leadership, and knowledge gaps. Information about the importance of biodiversity is not prioritized in the formal education sectors. In the societal spheres, inequitable access to conservation benefits, lack of economic alternatives to ecosystem goods, lack of environmental communication, cultural-religious factors that influence local communities’ behavior in ways that impact biodiversity are the major challenges.

Local communities oftentimes take part in activities of Community-Based Anti-Poaching Unit, Buffer Zone committee etc. On the other hand, the challenges they face in terms of their livelihoods are huge. For instance, wild animals destroy the agricultural farms of the villagers residing near the forest. This type of human-wildlife conflict is seen in most of the buffer zones of the forest. But effectively reducing HWCs through developing alternative sources of income for the communities are not prioritized on a national level. Although government and development partners say, they are on the path to support local community to earn their livelihood through appropriate livelihood methods.

What brings us hope is that we are aware of the future that the Nepalese society is vying for; which will base on the social justice and peace.
Nepali society is vertically and horizontally stratified, vertically in terms of caste, class, and gender and horizontally in terms of religion and culture. But now slow change is happening and the discrimination and stratification are just limited to very remote and rural areas where the messages of a modern ‘national imaginaries’ and formal education has not reached yet. We believe Nepali society is flexible and the systems and cultural practices are blended according to the comfort of the people. Nepali culture too promotes love for animals and plants, and in Hindu culture, some animals, plants, rivers are sacred.
So, we think in new path towards a nation of diverse and resilient communities, if biodiversity is mainstreamed into the economic policies on national level and reflected in the budget of central and local governments, it will not be very difficult to find workforce in the forest communities who are willing to be the stewards of biodiversity and sustainability.

Particularly, we have one other strong reason to be hopeful; as per the demographics, youth population from 16-40 years counts to around 40% of the total population in Nepal. If you add the population below 16 too, then the percentage comes to about 70%. Hence, there are huge prospects of change if this generation moves on the right track. The flexibility, widened boundary of thoughts, access to social media are some of the values induced socially, culturally among the Nepali youths, which I consider as preparedness for social mainstreaming of biodiversity. If this young population is given access to satisfactory education and minimum resources, they will find their way to contribute to sustainability and conservation.

Dipesh Gurung is a environmentalist based in Nepal. Currently he works as a Program Officer at Environmental Camps for Conservation Awareness. He can be reached via dipeshgurung03 at gmail dot com